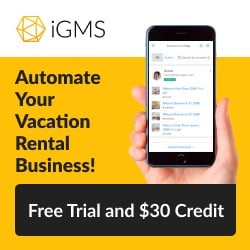 Uh-oh. It’s 3am and you just got a call from your neighbor… 500 miles away. Your quiet and lovely Airbnb guests have decided to throw a party and there’s nothing you can do about it! You call, text, chat… no response. It’s such a pain, and now you have to worry about being de-listed in addition to possible troubles with local law enforcement.

What if we told you there was a way to stop this party in its tracks before it reached the rager stage? Enter Party Squasher: a product made by hosts, for hosts, according to their website. This neat device promises to detect a prohibited number of guests and alert you so you can take action before it’s too late. But does it really work?

I tried out a Party Squasher in my own Airbnb so I could see if it was legit. What did I find? Will it really protect your Airbnb?

Keep reading to find out more about this smart little box and how it can save you (and your neighbors) a lot of headaches down the road!

Amazon.com
Last update was on:

What is Party Squasher?

Party Squasher is a small device that plugs into your WiFi router to detect the number of devices nearby. It’s very easy to set up and requires essentially no maintenance once it’s been configured. Plug and play is always a plus for me!

The device itself is very small and sleek, reminiscent of an Apple TV. It measures 2.3 by 2.3 by 0.9 inches, so it takes up very little space and should easily be able to fit right next to your router. It comes with a USB cable for power and a cord to plug it into your router.

Everything is configured via a mobile app (compatible with both Android and iOS) and setup is just a few quick steps including naming your property, verifying your email address, and setting your “threshold”, or the number of devices at which you want to be notified. This can all be changed later within the app, of course.

You’ll also have to choose your home’s relative size according to their preset standards. The options are small (single story house with yard), medium (two stories), and large (2 stories, 4 or more bedrooms). It’s worth mentioning that Party Squasher only works well in detached homes, something many people have been upset to discover after purchasing the product and its mandatory annual subscription (it does say so on their website, however).

Once you choose your house size, you can set the number of devices you’d like to be allowed before being notified. The detection zone of the Party Squasher is spherical, so keep that in mind when placing the sensor and setting your device allowance (you don’t want to catch the neighbors using their mobile phones or laptops!). Party Squasher recommends a minimum allowance of two devices per guest since most will use a laptop and a smartphone.

One great thing about Party Squasher is that it is so much more privacy friendly than the old fashioned noise monitors we used to rely on. Nobody likes being listened to, and the idea that you might be recorded is enough to make most guests feel very uncomfortable staying at your Airbnb. With WiFi monitoring, you can have a safe and secure method of preventing large gatherings. The sensor is even tamper-proof and will notify you within 15 minutes if it has been disconnected!

Your first year’s cost includes the sensor itself as well as an annual subscription to their app service. To renew the service every year is slightly less expensive than the first year, but could still prove cost prohibitive for hosts with smaller budgets. It’s worth noting that you pay per sensor, not a flat fee, as a few dismayed customers realized once they purchased several for each of their Airbnbs.

Party Squasher Ratings: We Tried So You Don’t Have To

8.6 Total Score
We tried Party Squasher. What did we honestly think about it? Here are the results....
Price
8.5
Value
9
Features
8
Customer Reviews
9
PROS
CONS
User Rating: Be the first one!

Party Squasher is pretty pricey, there’s no getting around it. They offer two subscription plans: Party Squasher and Party Squasher Pro. Both plans come with the sensor device itself and a subscription to the app service for the first full year. The difference between the regular and Pro plans is that the Pro plan also comes with a web dashboard (good for managing a large number of properties and devices) and an API for the tech savvy.

At the time of this article, the regular plan starts off at $249 for the first year for between 1-9 sensors (this pricing is per sensor).This is probably the most popular option since most hosts and managers don’t have a large number of properties under their belt. The price does lower in approximately $30-50 increments for each subsequent volume category ranging from 10-99 devices all the way up to a whopping 250-499 devices. For the cheapest plan, renewing after the first year is $199 a year (the only option is to bill annually).

The Pro plans are a bit more expensive, starting at $309 for the first year and $252 for subsequent years. All things considered, these numbers aren’t likely to break the bank for most hosts (at least with just one device), but they still aren’t cheap by any means. I give them an 8.5 out of 10 for price.

For value, the Party Squasher earns an impressive 9 out of 10. As far as I know, this is a truly unique service, and certainly a useful one! The accuracy seems to be pretty spot on (when used correctly), making it a great tool for any Airbnb host. What you’d save in fines from law enforcement, or worse, Airbnb delisting you, you’d easily make up for in no time with just one of these great tools.

It gets an 8 out of 10 for features. It basically does one thing, and it does it well. This seemingly simple service took a lot of work to perfect, and it’s not something you can find just anywhere. Old school noise monitors can be fooled and don’t hold a candle to WiFi monitoring in terms of privacy. Sometimes the simplest solution is the best one!

The Party Squasher is sold on Amazon, and the reviews I found (as well as my own experience) show me that it’s a very well received product, earning it a 9 out of 10 for customer impressions. Of course, it’s important to bear in mind that this isn’t a one-size-fits-all solution.

I found more than a few angry customers who rent out attached units like townhouses or apartments who were disappointed that this product wouldn’t work at all for them. I’m not sure if this was something that wasn’t originally made clear on their packaging or if it’s a fluke that was recently discovered, but it’s now stated clearly on their website and in their video setup guide, so it’s hard to miss.

I also saw a few reports of the device warnings being inaccurate, but it’s also hard to know if these are isolated incidents, issues with the construction of the home, or technical malfunctions. Overall, I still feel that it’s a strong product, and my own experience was great. It gets an overall score of 8.6 out of 10.

As we’ve mentioned, the Party Squasher is far superior to old fashioned noise monitors, both in terms of privacy and efficacy. It can’t be fooled by throwing a blanket over it, and if it gets “accidentally” disconnected you will be notified. I also love its sleek design, and it will fit in almost invisibly with anyone’s router setup.

It’s also amazing for remote hosting as you don’t have to wait for an angry call from your neighbors to know there’s a crazy party going on. You can have it automatically turn on and off in sync with your Airbnb (or HomeAway, VRBO, and other companies) booking calendars so you aren’t wasting power or getting unnecessary notifications.

As far as cons, it can be a bit of an expense for smaller hosts to justify. Whether or not you have a lot of unruly guests will help you decide if it’s worthwhile for you. Also, it really only does one thing (which is fine, it performs as advertised, but it does seem expensive for its functionality).

Again, there have been complaints about its accuracy, but the company does mention it can vary based on the construction of your walls or the sphere zone that you set. As such, it really can only be counted on in detached homes. If you rent an apartment, townhouse, or condo you should look elsewhere.

All things said and done, I think the Party Squasher is poised to revolutionize Airbnb security as we know it. It maintains your guests’ privacy while keeping your mind at peace. It allows you to monitor the situation at your rental from anywhere in the world, and comes at a relatively affordable price that is also scalable for larger quantities. I feel comfortable recommending that any host try out the Party Squasher; you won’t regret it!

The Best Insurance for Airbnb Hosts (2023): Here’s Our Top Pick…

Airbnb Noise Monitoring: How to Stop a Party in Your Vacation Home

Disclaimer: This site is owned and operated by rentalrecon.com. Rentalrecon.com is a participant in the Amazon Services LLC Associates Program, an affiliate advertising program designed to provide a means for sites to earn advertising fees by advertising and linking to Amazon.com. As an Amazon Associate I earn from qualifying purchases. This site also participates in other affiliate programs and is compensated for referring traffic and business to these companies. Rental Recon is NOT officially supported by Airbnb.com, or any of its subsidiaries, in any official manner or under any circumstances. The views and opinions on this site are our own only. We are short term rental advocates and host educators. 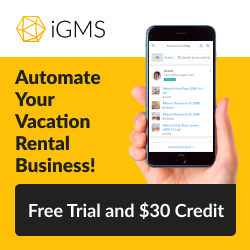 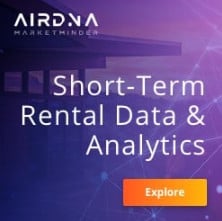 Wheelhouse vs Pricelabs 2023: The Winner is…

Wheelhouse Vs. DPGO (2023): Here’s the Better Option for Hosts

Wheelhouse Vs. Guesty (2023): Here’s the Difference 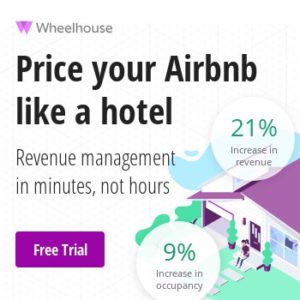